In my 31th year on earth one of the greatest that I consider as an achievement in the past 12 months was the verity that I met BirtuKan Mideksa. As toxic, as her audacious and loving nature is one thing that I have made a habit of is to hold on each conversation that I have with her so meeting her at the Amnesty Write-A-thon event was just warmth to add to my treasure. 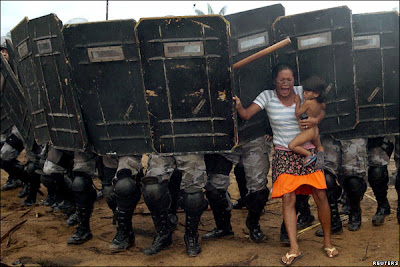 “The country [World] is in deep trouble. We've forgotten that a rich life consists fundamentally of serving others, trying to leave the world a little better than you found it. We need the courage to question the powers that be, the courage to be impatient with evil and patient with people, the courage to fight for social justice. In many instances, we will be stepping out on nothing, and just hoping to land on something. But that's the struggle. To live is to wrestle with despair, yet never allow despair to have the last word.”

Email ThisBlogThis!Share to TwitterShare to FacebookShare to Pinterest
Labels: pictures

The rich get richer and the poor get poorer

Reading this made my worry become a dire prophecy and this is not that I am happy about my anticipations but knowing this just makes everything fall into place and reveal the real motive of why the Rich held the International Conference on AIDS and STDs in the famous capital of the poor. 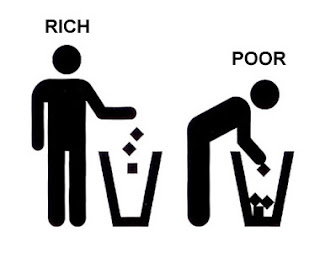 It was all about the aid and a way to open another channel for the underminers who live of the video of the ribs of a hungry African child. The funny excuse is that they say homosexuals’ criminalization is extreme to a level exceeding proportion as compared to the urgency of the number of people who are in need of the aid that they are indirectly threatening to cut the aid they give.

Yeah the rich get richer and the poor get poorer
On the other hand, the US says, “The people of Ethiopia are being bled dry,” and that no matter hard we try we will only be swimming upstream against illicit capital leakage.

They pity us, that we are the people don’t know why we are not able to escape the viscous cycle of poverty.  While they clearly say that it is not skeptic to say that corrupt African leaders have stolen much of the money given to help Africans. Stolen aid money helps keep such leaders in power, and that aid that does get to the people undermines their ability to fend for themselves.
So where is the missing link called common sense that the only thing that one with an average brain would understand is that Ethiopia is actually in a desperate need of good governances.Nothing else


Yeah the rich get richer and the poor get poorer
3 comments:

So Gay Activists are not Terrorist

Weeks back, we found ourselves aching from the arrest of several journalists and politicians accused of terrorism. These individuals have shown and proven that their struggle is to see the respect of human right, the end of oppression, the reign of the rule of law and the installation of the freedom of individuals. But were thrown in prison and are still being prosecuted for terrorism for claiming what is rightfully theirs and of the people they are committed to serve. These were individuals are teachers, journalist and lower working class who could not afford to get a lawyer that would represent them in court .So watching their court trail had me fascinated about our ruling party and the meek individuals that have caused it to be so apprehensive. But then again an Elephant’s biggest scare is a rat and that is not ironic but Mother Nature.
Read more »
8 comments: