Yenesew: A vigil to cry for tomorrow

A coworker of mine asked me why there aren't many smart kids in Africa. What he meant was, he doesn't see many African kids getting awarded for their special talent or for their genius minds or for the extra ordinary school project they did. Obviously I could not disagree and above all I became dispirited to explain as I know the rationale that he had developed this from and I did not have a straight outright answer that would make him comprehend what I wanted him to understand – the African reality and what it means to be a typical African in Africa –.Some feel poverty and repression are nothing more than an African taboo that the world can indulge on to satisfy its humanitarian thirst and that it is a problem but is exclusive of life of Africans in Africa as a whole or that it is an inheritances that Africans are bound to live with.

Only an African from African would know how much poverty and repression utterly change the meaning of life and its various pursuits like happiness, freedom and ambition. In a world as such the trivial question is “Will I survive tomorrow”, “Will the system let me live or will I have something to eat” or “Will I still starve”and this completely changes the definition of  ‘gifted child’ or what talent and being smart means.  I remember watching this video with such  agony especially seeing that older girl who cleans the body of the young ones that are dying of starvation.


She had nothing to feed them or had nothing that would make them feel better so she strived to make their last moments and agonizing pain better in the only she could, clean up their soiled tiny body. See that, for me, is a genius baby that is the smart brave kid that needs a life worth reward. 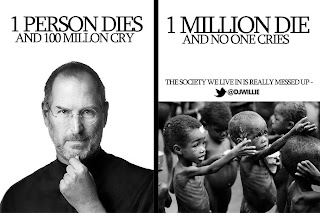 We all know that poverty and repression had made Africa especially Ethiopia lose many smart, genius kids and many bright minds .What is more tormenting is that we would never know the many Bill Gates and many Steve Jobs that were born to that land and were crushed by the crisis that has been there for a Millennia and a system that fervently embraces the derogatory situation and wack-em-all anyone that manages to escape the staggering circumstance.
Being a professional or in a more Ethio-realistic term seeing the glimpse of being educated makes it even more dreadful.For one it would make one see the possibilities that were not made accessible to a society and the opportunities that would have made a difference and made in to use for the betterment of the country. And as an educator (a teacher) this is a truth that one need to live with every day, knowing that this is something she/he has been deprived of and she/he are involuntarily about to do or is doing the same to students, whose intelligence and brightness are in their teachers hands to coach; these are kids who are striving to make it through the fearful places of poverty. 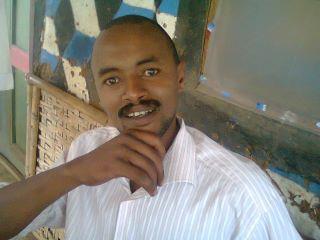 In all circumstances society passes the torch of responsibility from one generation to the next and in a repressive system there would not be much that can be done except to watch helplessly as society deteriorates.Or is there? Yenesew accepted that responsibility but found it unbearable to see a repressed society that has been made to believe that it is bound to live in poverty and unbearable to rationalize that this shenanigan is a predisposition so instead of passing it on, he lite it.