Sorry for dragging you into my ጉራማሌ view with a ጉራማሌ writing but I had seen these two interviews in the past and noticed a surprising likeness and had always wanted to share it. So that is where I am taking you.
I don't even think I ought to try to use words to describe how hard it is for me to follow Syria’s story .The cruelty of the government and the ambience is beyond the threshold of what my gut can take and even beyond the adjectives I know to describe the fear and the annoyance I feel so I have been avoiding the news as much as I can but on one particular show on AC 360, Anderson hosted an interview with Syrian ambassador for the US which for some reason I found to be interesting. Listening to one of the prominent individuals of Assad is one thing but in fact what makes it more interesting is the guy is an outright liar and he does it with such level of confidence that it became intimidating for Anderson who squirmed throughout the interview.
But I can tell you the most striking, jarring thing about this particular interview is it just does not sound as if you are seeing or hearing it for the first time, may be not a 100% déjà vous but a very familiar setting.  And then aha...
I have seen a similar interview two weeks back. The intriguing similarity is both interviews were held by two of the biggest news broadcasters (CNN and BBC) by two of the most known journalist with the Ambassadors for UK and USA from countries, whose records deference for human right  is in question both denied the finds of the investigation and essentially the outcome reported.It is very entertaining to see the similarity. Here is Bashir and Abdirashid 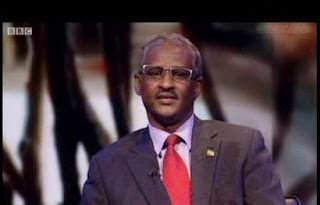 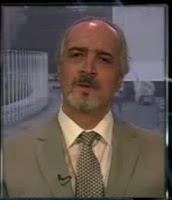