For a Reason or a Season ?

Some times I have trouble dealing with people. I used to blame myself if people act up, if I read some bitterness in  their face, or if they do not respond to my call .Me saying this, might be a surprise for most who know me as a serial facebooker which I don’t deny. I am a social-networker but not a social animal. My aunt used to tell me “ሰውን ምን አደረኩት ብቻ አትበይ ምን አድርጎኛልም በይ” that did not work either as you can't always make others at fault just to feel better and it is not always that people grow apart because of what happened between them or of dispute or of disagreement. Sometimes it is just the time and the truth of the matter is relationships are not straight forward rather a two-way thing and very dynamic. 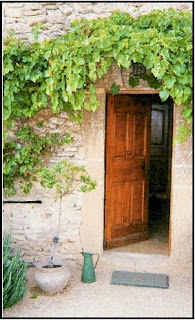 Here I have shared a Yoruba inspirational writing which in some way gave me the perfect answer about people that come to and leave out of my life.
When someone is in your life for a REASON, it is usually to meet a need you have expressed outwardly or inwardly. They have come to assist you through a difficulty, to provide you with guidance and support, to aid you physically, emotionally, or spiritually. They may seem like a godsend, and they are. They are there for the reason you need them to be. Then, without any wrong -doing on your part or at an inconvenient time, this person will say or do something to bring the relationship to an end. Sometimes they die. Sometimes they walk away. Sometimes they act up or out and force you to take a stand. What we must realize is that our need has been met, our desire fulfilled; their work is done. The prayer you sent up has been answered and it is now time to move on.

When people come into your life for a SEASON, it is because your turn has come to share, grow, or learn. They may bring you an experience of peace or make you laugh. They may teach you something you have never done. They usually give you an unbelievable amount of joy. Believe it! It is real! But only for a season.
5 comments: 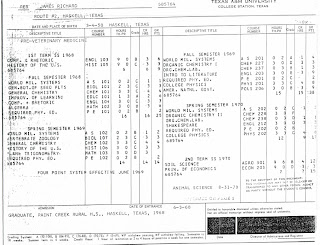 Believe in yourself and be who you really are not a labeled jam bottle.

Email ThisBlogThis!Share to TwitterShare to FacebookShare to Pinterest
Labels: Ethics and Virtue, Life

It is far more than heart breaking for most members of Mahibere Kidusan to witness some regrettable moments that have happened in the past few days. What has made the issues really irking is the way the altercation was handled or inability to keep it under control if not resolve it.
I have wanted to share my take and my view in the matter as a member of the association and because I believe that the public is entitled to know what other members feel about what had happened. But decided to wait and see if any kind of explanation or justification would be given by the personalities involved but none was elicited. So, here is my view put forth
Take 1: On Memher Mulugeta Hailemariam’s interview
Memher Mulugeta’s interview with Inqu (ዕንቁ), the get-go of all this chaos, was mainly about Tehadeso movement in the EOTC. Turned out to back fire a number of questions on him and also Mahibere Kidusan on issues completely unrelated to the topic of the interview , particularly two of his responses about MAHIBERE KIDUSANs member’s political participation and Dn. Daniel kibret’s current status with and within MAHIBERE KIDUSAN. It would be better to see the excerpt of the interview.
ዕንቁ: ማኀበረ ቅዱሳን ገቢውን በወጪ ኦዲተር አያስመረምርም የሚባለውስ ?
መ/ር ሙሉጌታ: በውጪ ኦዲተር ተመርምሮ የተረጋገጠ ሂሣብ በየዓመቱ እንልካለን:: አባ ሠረቀ ብርሃን ይህን ሣያውቁት ቀርተው አይደለም:: ነገር ግን ይሄ ዘመቻ ስም ለማጥፋት የሚመቻቸው ስለመሰላቸው ነው:: አባ ሠረቀ ብርሃን አገር ውስጥ በተቃዋሚ ይከሱናል:: ውጪ ስንሄድ ደግሞ “የ አቡነ ጳውሎስ ካድሬዎች” ተብለን የወቀሳ ናዳ ይውርድብናል:: ማኀበረ ቅዱሳን የማንም ፖለቲካ አላማጅ አይደለም:: እውነቱን ለመናገር አብዛኞቹ የማኀበረ ቅዱሳን አባሎች የኢሕአዴግ ደጋፊና አባላት ናቸው::…
First of all the part of the response “እውነቱን ለመናገር አብዛኞቹ የማኀበረ ቅዱሳን አባሎች የኢሕአዴግ ደጋፊና አባላት ናቸው:” is completely irrelevant to the question asked. Secondly as it is only him who knows why he said it ,it would be pure speculation to try asserting why he did so it is rather better to evaluate the response as is. Hence seeing the response from the factual perspective of MAHIBERE KIDUSAN the information given is completely wrong since the association does not maintain such data nor is it substantial for its service and membership. Memher Mulugeta could in no way know what the political affiliations of the members are and if asked for verification there is nothing official that MAHIBERE KIDUSAN can provide. This is rather a kind of information that only the EPRDF party could give.
The next question that comes is why he said it then. As I have stated above the only true reason is only known to Memher Mulugeta but the guesses I could make is that he is said it either because of pressure he felt after the bold statements made by Sibhat Nega or a pure mistake .
Take 2: On Dn. Daniel Kibret’s action
Dn. Daniel expressed his disappointment on Mulugeta’s response on two questions the first one mentioned above other questions was about Dn. Daniel himself. Here is the link
https://www.facebook.com/note.php?note_id=10150229524145835
Dn. Daniel then gave a full detailed response of his stands and disagreements with the Managment committee and the way the association is functions as a whole. Initially this was posted on Deje-Selam for a short time and later on became viral on the web causing a joyous moment for many who were longing for moments like this. His 20 pager complaint seems rather an effort to expose some wrong regulations and lack proper strategical administration with in MAHIBERE KIDUSAN.
Dn. Daniel, who holds integrity and integral approaches to high standards and advocates procedural way of resolving issues, himself went against his own words and in the due process has posed serious but untrue allegations that could put MAHIBERE KIDUSAN and its members in danger besides not providing anything like a blue print of the solution for the problems he mentioned.This has highly altered the public expression and bedeviled the purpose and objective of Mahibere Kidusan for which Dn. Daniel and many others (founding fathers) had once committed their lives to watch MAHIBERE KIDUSAN become a generation.
Tribulation and perseverance are the two parallels for Christian. Especially for an association as big as MAHIBERE KIDUSAN which has to accommodate large number of members and opinions along with the different streams of service is prone to mistake and shortcomings so at this time of challenge, peaceful dialogue and understanding should be vested with a total respect for our service. MAHIBERE KIDUSAN institutional procedure and process of addressing concerns and claims should be respected by each and every member and these procedures should also be transparent and fair with the full commitment to give the required attention without undermining. This will provide and foster new opportunities and methodologies to enhance our service.
Certainly, I believe, MAHIBERE KIDUSAN will give a detailed response to these claims and resolve the altercation once and for all.Yet we have also learned a lot from what had happened and it has somehow has altered the way we see things and each other, this will definitely add a value to the great culture that MAHIBERE KIDUSAN have and that would be to respect our difference and learn to work them through and if not inclinations will always be to the collective benefit our service.
Each member including Dn. Daniel have to be able to leave the conflict in the past behind us, letting the bygone be a bygone and enter the new world with new energy, forgiveness and the commitment to strengthen our service and spirituality.
For now all I could think of is that Dn.Daniel Kibret who was committed to follow his brothers to Belate (ብላቴ) and set the tracks for spiritual service and board the train called MAHIBERE KIDUSAN. I thank him for that.
25 comments: