My new coworker just settled in her new apartment and bought two golden fishes just to warm her home which apparently has no amenities except her bed and now a fish net. She was so excited about owning a fish jar and amusing herself by the fishes. Last Friday she had told me that she was going to clean the jar and for that she had another jar that she had to fill with water and add a special powder that attenuates the chlorine in tap water – transfer the fishes to it and clean their home jar. 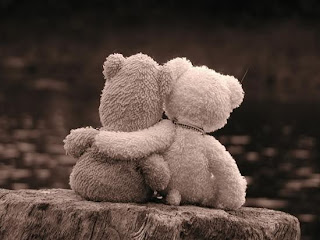 In the middle of our chit chat, this Friday, I asked her how her fishes were doing. She said “they died...” and she lowered her face and started to explain of how it happened."Last Friday I checked on them, they were ok, at least I thought they were.They were still but with their eye wide open they were sleeping as fishes do that.” “They do that, don’t they?” expecting an assurance for her uncertainty “but in the morning, when I took them out with the net, they were dead, I could not believe it” she continued. Just to make her feel better I said “It is ok, you can get another one and take care of them well though ” “No no I am not getting any, because I don’t want to let them die and I don’t want to be responsible for their death” she asserted . I could see her wiping the tears from the corners of her eyes. She found out later that they lacked oxygen and they died because of it.
She was devastated to a level that she felt she had let a friend down. Apparently friendship is sometimes like that .It is all about giving the space to breathe in and breathe out and giving the ears and the shoulder to the one in need. On the other hand, however, friendship is a process of building a character. It is about bringing or to be the token of goodwill to break a resentment and satisfaction in place of unhappiness.


Life in its jiffy brings people to us may be for a reason or a season.These I call my answered prayers or Gods way of doing his miracles. Friends are those who ,after you turn your back feeling everything is over and that they have walked out of your life, you see them peeking in just to check if you are doing well. The ones you feel their warmth even though they are not around.


There is something about friendship that is indescribable and strange like the love between David and Nathan.They were so different from each other, one rich and the other poor yet they read each others mind. Even though Nathan knew that David had done so many dreadful things ,he called him "You are the man" forgiving him and moving past the hurdles of their life.And their love was beautifully described like this