This is the cup I won for my green effort 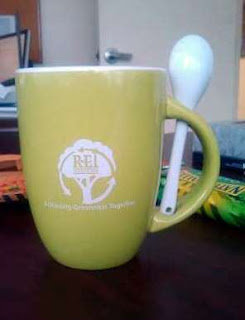 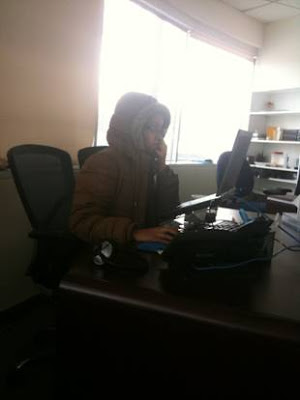 I am sure my green friends will not agree with the easy win that I got but it seems it’s the effort that counted .On the other hand I, as an African, should really be concerned about GREEN as we are the foremost victims of pollution, carbon emission and waste that affects the climate, weather and the environment of our mother land.

Talking of Green effort reminded me of Gashe Abera Molla's Gs-revolution.I remember how aspiring it was that people cleaned their neighborhood, streets were cleaned ,islands were decorated ,it even sparked the idea of advertisement to many business centers ; they cleaned the median of the roadways and placed their business's billboard on it. It was magnificent to see such a change that entrenched not only the capital but also in other cities. Most people got the hang of it and developed the habit of not littering, the effort somewhat changed the city. But as far as green effort is concerned that is how far the stretch goes - keeping the surrounding clean and then singing kum ba yah. In US this is a whole different story.
Here cleaning ones surrounding is not something that needs motivation, the motivation here is to be an Eco-minimalist since abundance and the need for abundance has been the main problem. The new cliché is the three Rs - Reduce, Reuse and Recycle.
This is not a one person initiation, it is a law, it is goods and services, and it is business. An analogy might be helpful here.
Reducing waste and usage is the christening of anyone reborn to be a green advocate. However it requires extra effort and some green$ as it is expensive. For instance a regular coffee drinker needs to buy a coffee thermos so that to reduce the number of Styrofoam cups used and have to carry it every where they go. We can go over the laundry list from shopping bags instead of plastic bags for grocery to using smart phones to surf the net instead of Laptop.
Reuse is more of the same as Reduce as one would any how buy stuff that would be reused so that one can reduce.
Recycle is the tiring one, at first it seems easy because all that needs to be done is separate stuff according to their domination or type of material (plastic, glass, paper) and then have a separate trash cans for them. The caveat to this is that it has to go to the right dumpster for the right trash or else of the effort will go green wasted J.
Green has been so electrified in every sector of our daily life.There are green cars, green jobs ,green buildings.There is even green websites which is all about using less colors on the theme.To be honest ,if I am ever asked about it I would say it is just TOO much because the collective effect is really hard to see as those carbon emitting industries are still polluting the atmosphere and oil companies are still contaminating the waters and that along the expensive Eco-friendliness makes me believe that this is just a counteraction to the slogan it has on its label.