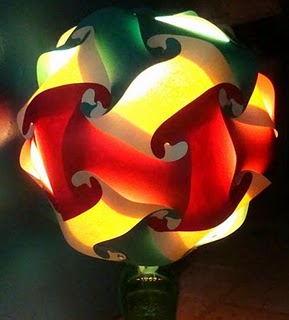 Email ThisBlogThis!Share to TwitterShare to FacebookShare to Pinterest
Labels: Social

Where are we heading with this ?

It is rhetoric and common courtesy to say that education is a foundation for development and modernization of a country with shared knowledge and skills. Educational institutes are the birth place of innovation and where ideas and thought are redirected and shaped with the civilization that time itself gives. And when a civilized brain does not get the compatible and up to standards education a generation and a society will be lost.
Some of the things that are happening does not seem to show a silver lining around the shining sun of the future of our Ethiopia’s educational system. Here I have listed short but true incidents.

Teachers: Gibson, a private school owned by an American-Somalia, lets its full time teachers give after class tutorials at a fixed wage which the teachers found it to be low to pertain with the present cost of living but the request they presented for a raise was not addressed which forced them to strike against the negligence. The non-citizen director called in the parent of every student in the school and gave a direct order that any student that is found in the compound to attend any after class tutorial will be expelled from the school for good. The parents agreed to comply with this new school rule out of free of not being able to find another school for their children if they are expelled. The stifled teachers were made to write a pardon letter to the director in both languages. ባለ አገረኛው እኮ ማን እንደሆነ እንጃ.

Students: My friend’s uncle is a 10th grade math teacher in Nekemet. We asked him how his students are doing ,his response was “I have stopped teaching math years ago now I teach my students to write their names that is the only way I can describe what I do right now  if you  understand what I mean. They did not get the proper knowledge and acquired the fundamental base at their lower grades for a 10th grade math” 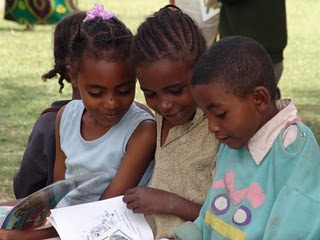 Professionals: A friend of mine is a chief Engineer for the company he works for and does random interviews with new hires. The company’s accounting department had a head count open and was interviewing. One of the candidates was sent for high-level interview to this friend of mine. He asked various random questions of which one was extremely elementary that he had to apologize before hand in fear of offending the candidate. The question was to write numbers in english from one to thirty-five at gaps of three numbers which the candidate failed to do so. Yet the candidate was an accounting graduate from a government institute.

Educational System: The academic displines, Law and Pedagogy, are now only provided in government institutes in concern with the quality and standard offered in private colleges. The other change in the educational system is the new 70/30 rule which pacts with the number students that are being admitted in the two streams of study Social science and Science and technology. According to this rule, from the overall number of students that pass the ESLCE exam 70% will be assigned in Science and technology departments and 30% in Social Science departments. These new rules significantly reduce the number of Economists, law makers and thinkers.

Email ThisBlogThis!Share to TwitterShare to FacebookShare to Pinterest
Labels: Social

A cry for translation

Free thinking is definitely one of the greatest wisdom that the modern world has reached to. Even though free Will is given by birth to all, practice of free thinking is often seen to be misinterpreted. Principles and ideals, rather than the once that are self-developed are considered to be hindrance to fully experience freedom and recognition of self existence. When we talk about freedom in spiritual life, the existentialism regards losing all ties which even could mean getting rid of the Spiritual guidance and restrictions. Speaking of guidance our best example would be the Ethiopian Eunuch  - Bakos - who words were “How can I, unless someone guides me?” when asked by Philip about his understanding of the passage he was reading.

Bakos needed someone to guide him to understand the passage he was reading in fear of misunderstanding and misinterpreting the actual and true meaning. He did not want to grant himself that freedom of giving his own explanation. Self inclined explanation of the Holy Bible often leads to submission to one’s own thoughts instead of the text making one spread personal opinion as a belief.
A couple of days ago I was encountered with revivalist who proclaims to have found the true God the Creator or the mother of the World and conveyed to me that “God is a female” for any follower of Christianity that is something that would split once soul into half, then the female of the two revivalist pulled out a verse from the Bible – Galatians 4:26, it reads “ላይኛይቱ ኢየሩሳሌም ግን በነጻነት የምትኖር ናት እርስዋም እናታችን ናት።..”.Hearing this was more devastating than the initial one since it only tells that exquisiteness and richness of the literature of the Bible is has gradually become underestimated let alone its spiritual and dogmatic value. I did not even dare to question or challenge or try to explain what the meaning of the verse is in relation to other related passages in the Bible in the Orthodox concept and doctrine because I was not able to see the presence of intelligence to comprehend in the short time we had standing inside a busy mall.
Jerusalem being a symbol of gospel and the city of the living God, the heavenly Jerusalem, and to innumerable angels in festal gathering is not comprehended correctly unless we refer to standard scriptures and references given by the spiritual leaders under the guidance of the Holy Spirit.
Here is where the home work for EOTC and like Churches comes in picture. With the enormous amount of annotations and scripture analysis methodologies these Churches have a lot to give to the rest of the word that seems to be lost in translation both dogmatically and literature.
No comments: